Women are the nourishing power of the Universe.
Accepting the fact that women are integral part of society, Mody School zealously celebrated International Women’s Day on 8th March’19. An innovative programme was put up by the students to guide the audience to the intellectual, exquisite and resolute world of women.
The event witnessed a great start with Khushi Anupriya Dudi’s speech on ‘Women Empowerment’. She, in very clear cut words, mocked the society for not making enough endeavors to change its perception about women. Next there was the recitation of a poem by Aditi Saha which inspired the girls to become intrepid, strongly determined, initiate the world for themselves and break the shackles of traditions which have always counted them as ‘inferior beings’. Following up was Ma’am Nayan Bhatt’s self-composed poem that ignited a spark in the girls to reach the pinnacle of success. Last, but not the least, was the enthralling street play which portrayed the plight of girls and women in the Indian society and how their empowerment proves to be the result of herculean task. Finally, Madam Vice Principal Ms. Poonam Singh Minhas expounded the significance of this day and the origin of ‘gender inequality’.  She enlightened the students with her inspiring words where we can break the stereotypes of considering pink and blue color for girls and boys respectively. The event came to an end with vote of thanks followed by National Anthem.
This way the special assembly has achieved its motive as how we can empower the women and thus add to the society. 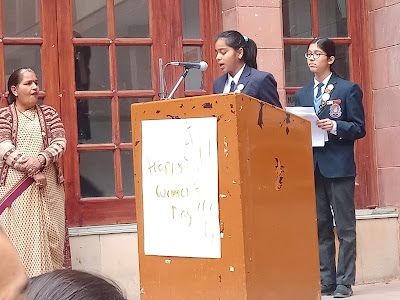 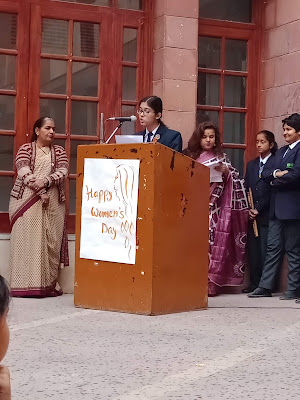 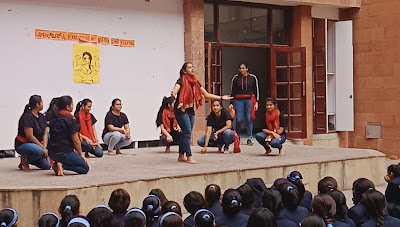 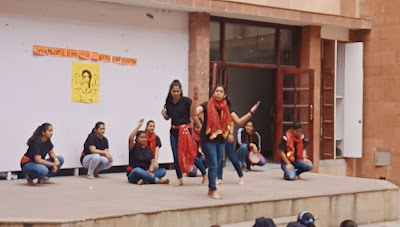 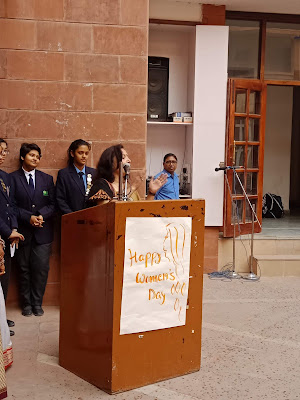 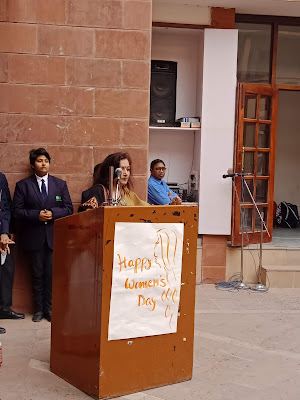 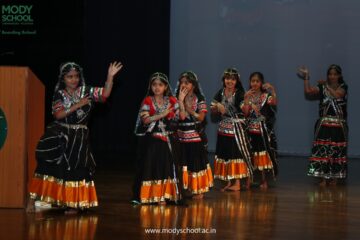 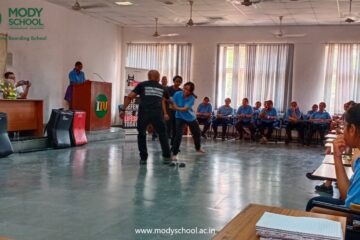 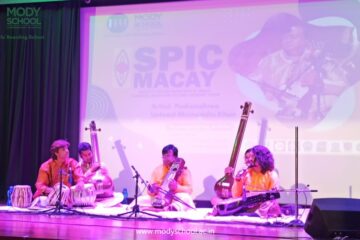