30th April , Laxmangarh : Mody School in association with Out of the Box production presented the English comedy play- Two Adorable Losers featuring National award winning actor Darsheel Safary & Abhishek Pattnaik  at Swami Haridas Sabhagar on Tuesday 30th April 2019. The program commenced with the rendition of the Sansthan geet. Principal Mody School, Ms. Nishi Rana and Mr. Suketu Shah, Co -producer and partner at Out of the Box Production were invited to light the lamp of wisdom and learning. The two hour English play depicted the story of a professor from rural area of Odisha, weak in English diction and Psychology student, weak at statistics. Both suffer from the same problem- an inferiority Complex and approach each other to result in an unusual alliance.
28- year old Abhishek Pattnaik – one of the co-founder at Out of the Box Production played the role of a 52- year old professor Jagannath Mahapatra in the play and Mr. Darsheel safary (Child actor: Taare Zameen Par) played the role of Akshay – a weak student of Statistics. Both the artists exemplified phenomenal dramatic skills and left the audience in peals of laughter and applause.
This stupendous show culminated with an interesting question and answer session with the two lovely artists. Principal Mody School, Ms. Nishi Rana felicitated the cast & crew of the Two Adorable Losers and praised to the sky the fineness of the moral issue raised through their comedy play. Entire Mody school staff posed for a group photo with the artists of the play to make it a beautiful part of their memory album. 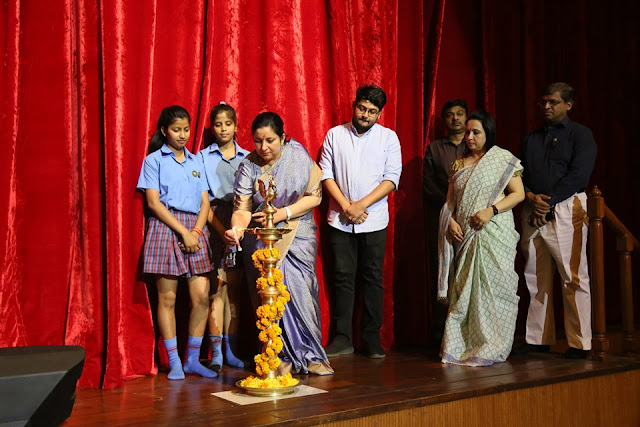 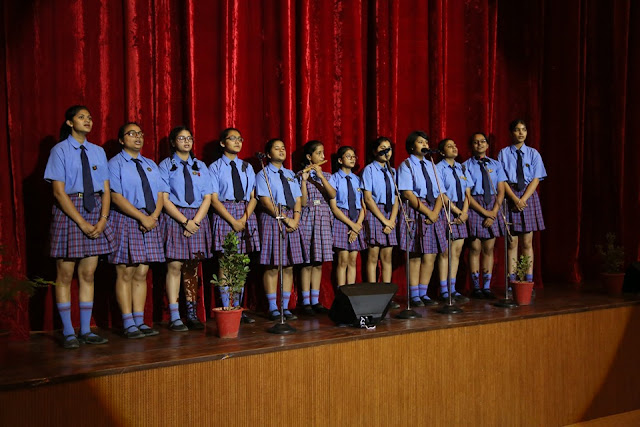 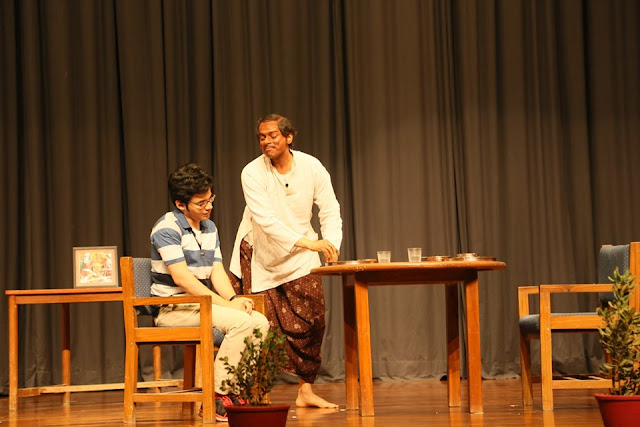 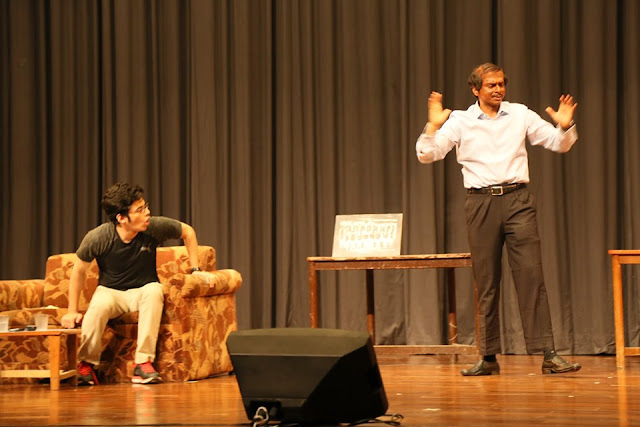 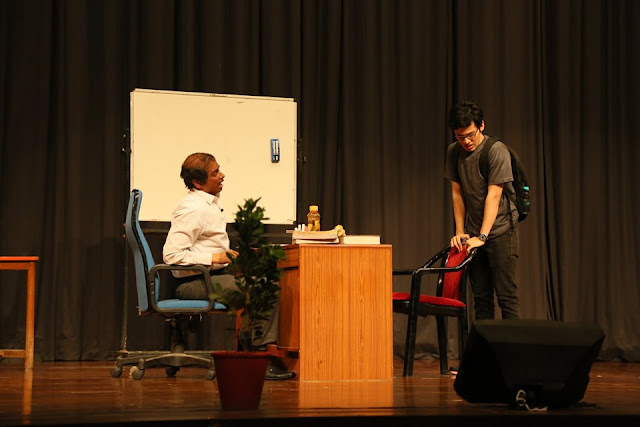 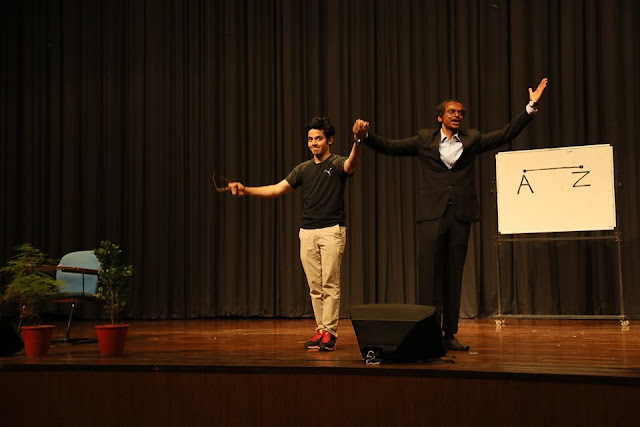 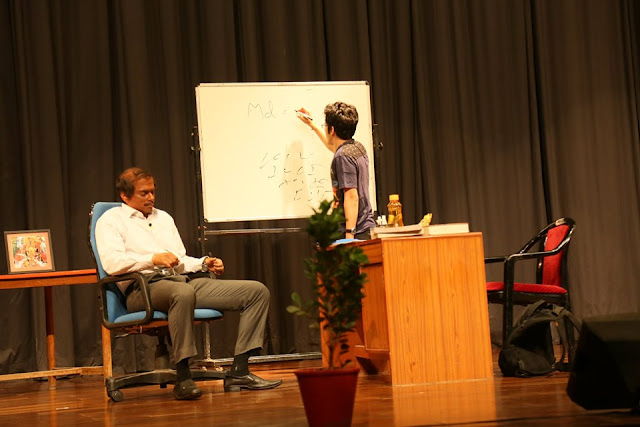 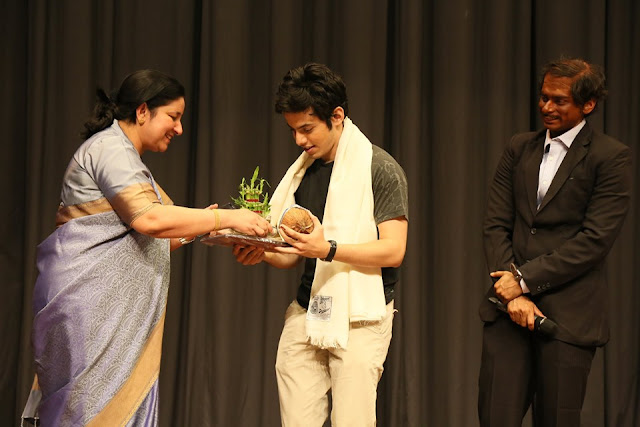 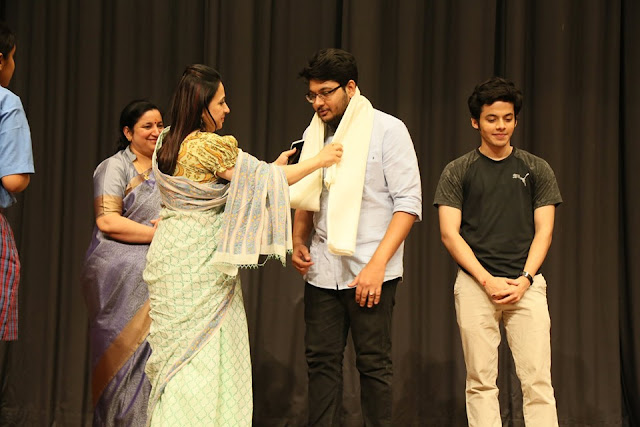 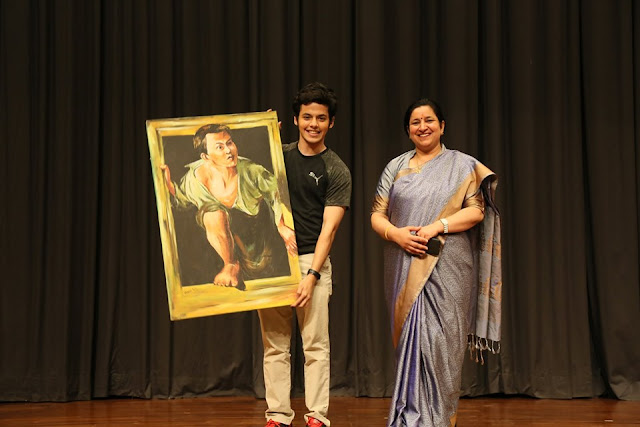 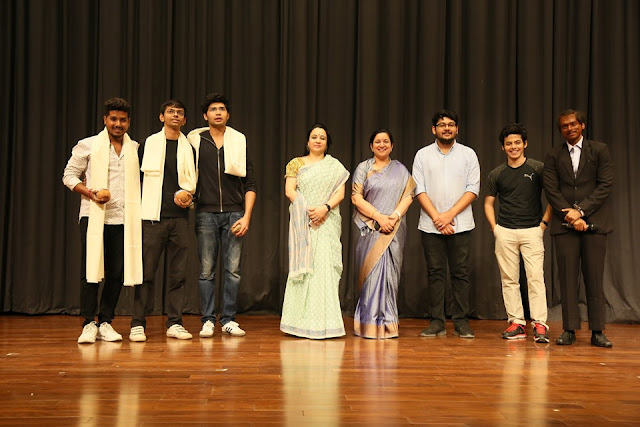 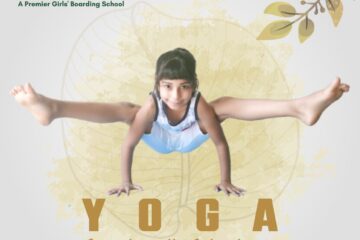 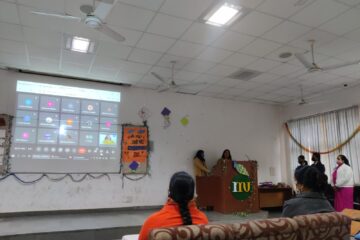